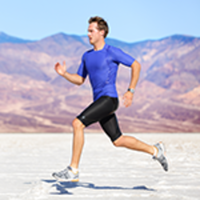 Racin for Rescues 5K and Family Fun Run will be Hosted by Covington Sports Plex on December 14, 2019 at 10:00 am at Cobb Parr Park in Covington, TN.  Also included in the in the Event will be a Paws and Claws Costume Contest for the rescues only.  You can vote for your favorite Rescue by donating a $1.00 to this worthy cause.

For the human runners and walkers there will be a costume contest as well, put on your best Christmas costume or Christmas Sweater to via to win prizes for the person with the loudest cheer and applause.

Dyersburg State Community College’s Phi Theta Kappa Honor Society competes an Honors in Action project every year that strives to help the community. This project requires extensive research into a local issue and the implementation of an action plan to resolve it. The students responsible for this project will be competing internationally against all other Phi Theta Kappa chapters.

For Dyersburg State Community College PTK’s Honor in Action Project, we have partnered with Millington Paws and Claws to create a program called Smarts for Hearts. Heather Twisdale of Paws and Claws revealed to us that heart-worm-positive dogs have a more difficult time being adopted. The Smarts for Hearts program provides free heart worm treatments to shelter dogs after they are spayed/neutered. We recognize that in our area, we have an excessive number of stray animals. We aim to reduce the stray populations by increasing spay/neuter rates. Because dogs that receive heart worm treatments cannot be placed under anesthesia for up to a year after treatment, our goal is to get each animal spayed/neutered first and then treated for heart worms second. By doing this, we are enabling dogs to receive heart-worm treatment, be spayed/neutered, and adopted more quickly so the shelter can help rescue more strays.