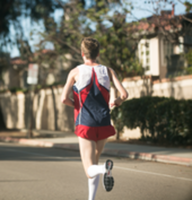 People with PTSD feel a heightened sense of danger. Their natural fight-or-flight response is altered, causing them to feel stressed or fearful, even when they’re safe.

PTSD used to be called “shell shock” or “battle fatigue” because it often affects war veterans. According to the National Center for PTSD, it’s estimated that about 15 percent of Vietnam War veterans and 12 percent of Gulf War veterans have PTSD.

But PTSD can happen to anyone at any age. It occurs as a response to chemical and neuronal changes in the brain after exposure to threatening events. Having PTSD doesn’t mean you’re flawed or weak.