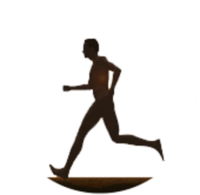 Originally founded as the Citizens for the Preservation of Craven Hall, Inc. in 1978, the Craven Hall Historical Society, Inc. is a 501c(3) non-profit corporation of volunteers who dedicate their time and talents to fulfill our mission.

The building, known as Craven Hall, was home to the Vansant family from 1798 to 1871, then known as Vansant Farm. Craven Hall received its name from Thomas Vaughn, local school principal, when the building was used as a middle school in the 1950’s.

In 2011, the Society founded a 2nd corporation named the John Fitch Steamboat Museum, Inc. and converted a former 1920’s era garage into a museum for the founder of the world’s first commercial steamboat. A building addition to provide a large meeting room (John Fitch Hall) was added in 2019.

Course Wheel Measured to the Foot

5K beings at 9:30 a.m. Please arrive by 9 a.m. to allow time for parking and sign-in/registration.