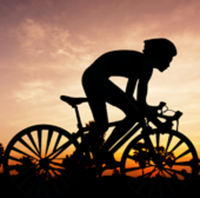 VEGAS BABY! Endurance wise, this is possibly the most audacious undertaking in our North American season, linking the Golden Gate Bridge in San Francisco with the Golden Nugget Casino in Las Vegas and bagging the highest and the lowest points of the Lower 48 on the way.

Let it Ride packs in some seriously big-ass chunks of California and Nevada and some of the Nation’s most cherished National Parks on a route peppered with a hugely iconic features. Let It Ride is both a totally committing and massively rewarding objective. Striking out from the Bay Area coast at the Golden Gate Bridge, the route fuses 6 high-mileage road bike days with 3 big mountain days, with the crux being a thru-hike and summit attempt on Mount Whitney – the highest elevation in the Lower 48 at 14,505 feet. We then follow up with a huge descent out of the high country and take the bikes into Death Valley to bag the lowest point in the Lower 48 as well. All that effort needs a good shake-out, so we hope you’ll join us at journey’s end as we roll into Sin City and celebrate in style at the Golden Nugget – will you bet it all on black? This will be an incredible end to a classic American Odyssey….it is also the only adventure event we know of where you’re gonna need a Tux as part of your mandatory gear.