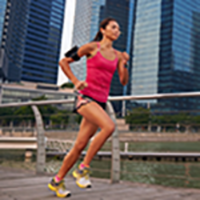 Together We Stand NC was founded with the intention of bringing awareness to the daily plight of people of color.  The impetus has always been the case of Ahmaud Arbery.  Until recently, his case has been one of the least talked about cases involving racial prejudice.  Arbery’s case mirrors the murder of Trayvon Martin on February 26, 2012 (8 years and 3 days before Arbery’s murder). Both cases involved individuals that racially profiled a young black man that led to their deaths.

With the verdict of the Arbery case, justice was not done, but the penalties were justified.  Justice would have been for Arbery to still be alive, running whenever and wherever he wanted to, and being able to run home into his mother’s arms.

In February 2022, we will again host Maud 2.23 as a reminder that cases like Ahmaud Arbery and Trayvon Martin’s should not be forgotten and that racism still exists in this country.

The goal for Together We Stand is to unite all people regardless of ethnic origin or sexual orientation. We are all one race.  The HUMAN race.

Running and Walking Should be Safe for EVERYONE.