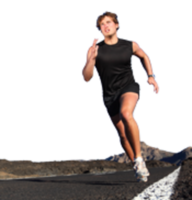 Looking for a great team-building event for your co-workers, friends, group, or family?  Join us Friday, July 8 for the 2022 Pull the Pig Challenge! The Airplane Pull Team Challenge is a fun fundraiser, offering a unique opportunity for your team to work together to raise important funds for friends and neighbors before going head-to-head with a Fairchild C-123 known as the "Thunder Pig" in an exciting game of tug-o-war.  Hosted at the Jimmy Stewart Airport, Indiana, PA this family-friendly event is free for spectators. Bring a camp chair and join in the fun! (No alcoholic beverages are permitted).

To participate in the 2022 Challenge, each team of (up to) 15 participants must raise at least $750 ($50 registration fee/person counts toward this total). We are encouraging teams to shatter our goal of $1000/team!  Most importantly--funds raised by the event directly benefit Indiana County residents, ensuring that our work toward building up and empowering our neighbors will truly be a community event.

Accept the challenge by registering yourself! Create or join a team (final rosters aren't due until June 1), and then follow then encourage others to join, donate, and get ready for the most fun tug-o-war you've had in years! Each registration will automatically be added to your team total, so get started right away and check out the leaderboard as you compete for this year's top spot!

Each team is timed as they work to pull the aircraft 12 feet.  Record the best time and your team will earn the "Fastest Team Pull" award for your division and compete for the Top Overall award!

Who participates? This year, teams can include up to 15 members each.  Need ideas? recruit your coworkers, your friends from the gym, your church group, your classmates, teammates, friends, family...anyone can do it! Participants must be at least 16 years old. Participants less than 18 years old must have a parent or guardian sign an additional waiver.

Why pull an airplane? Sure, it sounds crazy; but it's fun, competitive, and it raises funds for a good cause! Plus you get bragging rights to say, I Pulled the Pig!

How can I get involved? It's easy!  As family, friends, co-workers, teammates make a pledge toward your team's pull to support the local charities.

Who are we pulling for? We're all about community. We're all about helping neighbors and those who are there for us - that's why we're supporting a few local charities:  Citizen's Ambulance Service, Indiana County Community Action Program (ICCAP), and Indiana Fire Association.

Each person will register and pay a $50 registration fee. At that time, they can either join an existing group or they can create another group. If a new group is created, that applicant will automatically become the Team Captain.  This can be updated before the event. A total of $750 must be raised through registrations (and/or donations if less than 15 participants). There are "donation" pages set up for each team to continue to fundraise beyond this amount.  We are challenging groups to reach $1000+...that's just $250 after 15 participants have registered!

Do you want to show off your winning team? uh, yes. Add-on the CROSSWIND CHALLENGE
Want to challenge another organization? Of course, you do! For just $10 we'll send a Crosswind Challenge packet to your competitor to sign up their own team. We may throw in a little friendly competition language, but don't worry, we're nice people. We all know your team is faster, but hey, this makes it more fun, and it's for charity right?!

About the Aircraft: Thanks to our friends at the Air Heritage Museum in Beaver Falls, PA, the Fairchild C-123K is participating in our Challenge!  See information from their website:

Serial #54-664
Our C-123K has been named “Thunderpig” which was the nickname used by the 911th Airlift Wing based at Greater Pittsburgh Airport when they flew the C-123 there. Since then #54-664 has received a total restoration and is presently flying to as many air shows during the summer as it can.

The Air Heritage Museum Fairchild C-123K Provider is being flown in dedication for all of those who served in South East Asia during the time of the Vietnam War.

Resurrecting “Thunderpig” was a tremendous undertaking, Air Heritage wants to thank all who made this possible, those who donated money, and those who have put in countless hours to bring it here, and to keep it flying.

History
Case Aircraft received a contract from the Air Force in 1946 to design an all-metal heavy glider which received the designation CG-20. Consideration was given during the design process to the possibility of producing a powered version of the CG-20 glider. A CG-20 was fitted a pair of B-47 inboard jet pods and flew under the designation XC-123A and was the first American jet transport. While it provided useful knowledge the four jet engines weren’t well suited for the speed range of the C-123 so two Pratt and Whitney R-2800 radial engines were mounted on a redesigned wing and the resulting transport was designated the C123B. The USAF ordered 302 examples from Chase which were to be built by Kaiser- Frazer under contract. However because of financial problems with Chase Aircraft the contract was filled by Fairchild. Our peacetime military planners found few uses for a light transport after the C-130 Hercules came into operational use. The C-123 did serve as a logistical support transport for the Defense Dept. Early Warning (DEW) line then under construction in the frigid far north. The increased involvement in Vietnam showed a need for a transport aircraft that could operate out of short unprepared fields. The military effort against the Viet Cong brought the C-123 into fields hacked out of the jungle or a smoothed-out dirt strip on a hill. If that wasn’t available parachute airdrops were possible by rolling cargo out the open aft fuselage ramp. In “Operation Ranch Hand” eight Providers were modified to spray defoliant to destroy the heavy vegetation which was providing cover to the enemy troops. In 1966 Fairchild began converting the C-123B model into the C-123K configuration with underwing jet pods, larger tires, and high capacity anti-skid brakes. The auxiliary jet pods could be sealed off with a folding cover. Two Providers were modified to the NC-123K configuration which was fitted with night surveillance sensors for detecting trucks and bomblet despondors under Project Black Spot. Other C-123’s known as candlesticks, were fitted with bulk flare dispensers to support night attack missions. When the United States began de-escalating the war in 1970 American C-123s were either withdrawn or turned over to South Vietnam, Thailand, or Cambodia. The only American flown C-123s still in Southeast Asia were those belonging to Air America., the shadow airline financed by the CIA. After Vietnam, the C-123s were transferred to Air Force Reserve Units and finally to storage at Davis-Monthan AFB. The last military mission for the Provider was a UC-123 unit based at Rickenbacker ANGB outside of Columbus, Ohio which was formed to spray anti-mosquito agents around areas of high infestation.