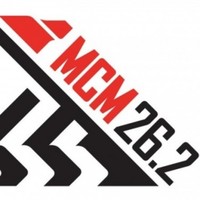 Marine Corps Marathon is annually ranked as one of the largest marathons in the US and the world. Motivated individuals run the MCM as a tribute to a loved one serving this country or in memory of their sacrifice. They run in defiance, while facing an illness, whether their own or a loved one's. They run to show love of country. The MCM welcomes those finding a new path to fitness and those simply seeking to conquer a distance that once seemed impossible. Organized by the men and women of the United States Marine Corps, the MCM celebrates the honor, courage and commitment of all finishers. Held in Arlington, VA, National Harbor, MD and the nation’s capital, the MCM hosts runners from all 50 states and more than 60 countries.

Hosted in the nation's capital with the start and finish in Arlington, VA, the Marine Corps Marathon offers an unparalleled journey through the most recognizable landmarks in our country. Begin the run situated between the Pentagon and Arlington National Cemetery, continue through Rosslyn before journeying into the District to tour Georgetown and the National Mall on the way to 'beating the bridge.' Enter Arlington and pass the Pentagon, tour Crystal City, and finish uphill (you read that right) at the Marine Corps War Memorial.

The Marine Corps Marathon will begin at 7:45 a.m. for wheelchair and hand cycle participants. Runners will start 7:55 a.m. It is recommended that runners arrive as early as possible before the start time to proceed through the security checkpoint, drop off bags and line up in the appropriate corral. The Metro will open at 6 a.m. on Marathon Day. The closest Metro access to the start is the Pentagon station (blue/yellow). Arlington Cemetery Station is the only station that will remain closed on Marathon morning until 8:30 a.m.

The MCM start line is located on Route 110 (all lanes) halfway between the Pentagon and Arlington Memorial Drive. Porta-potties are located in Runners Village and on Route 110 near the corrals.

After crossing the finish line at the Marine Corps War Memorial, beaming with pride, runners often wonder what happens next? At times, the finish line can be crowded with as many as 100 finishers per minute so its best to know what to expect. Marathon finishers will receive the coveted Eagle, Globe and Anchor finisher medal from the men and women of the United States Marine Corps directly behind the finish line. Runners then may have a triumphant photo taken in front of the Marine Corps War Memorial by MarathonFoto. There is no greater image to reflect the commitment and dedication required to finish a marathon than a runner proudly wearing the MCM medal in front of the statue depicting the raising the United States flag on Mount Suribachi on Iwo Jima.

Runners are mission focused when it comes to participating in the Marine Corps Marathon. The collective goal is to charge the District, beat the bridge and take the Iwo. All finishers complete their journey on sacred ground at the foot of the Marine Corps War Memorial where an awaiting Marine Corps lieutenant presents each finisher with a medal for the accomplishment of running 26.2 miles including the uphill climb to the finish. In recent years, the award winning medal design has reflected the Marine Corps' Eagle, Globe and Anchor icon. The presentation of the medal is regarded by most participants as the highlight of the MCM experience.