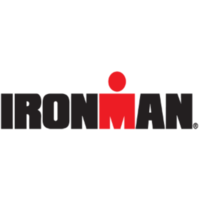 Part of triathlon's rich Navy SEAL history, a spectacular race set in one of the hotbeds of the sport.
IRONMAN 70.3 SUPERFROG serves as a charity fundraising race: $35 of each general entry will be a tax deductible donation to the IRONMAN Foundation. The donation portion of this entry will be used to support military and local charities including: the Navy SEAL Foundation, the Optimists Club of Coronado.
The original and longest running half-distance race, the SUPERFROG Triathlon was founded in 1979. The challenging course was designed by a group of Navy SEALSs stationed at the Naval Amphibian Base (NAB) in Coronado to both prepare them for the IRONMAN World Championship in Kailua-Kona, Hawaii and to enhance their training.
In 2016, the race moved to Imperial Beach, just a few miles from its original spot, where it will begin with a two-loop 1.2-mile swim in the open Pacific Ocean, with a 100 meter run in between each loop.  The surf is notorious for adding to the swimmer’s experience. Athletes will then embark on a four-loop, 56-mile bike course that travels along the beach community of Imperial Beach and scenic Highway 75, experiencing the cross winds of the Silver Strand. The course is flat and spectator-friendly along with beautiful ocean views.
The four-loop, 13.1-mile run reflects the beach running that SEALs do in training. Over half the course will include sand with aid stations along the way and at the southern point, a view of the Tijuana Hills. An energetic finish line awaits athletes as they round the iconic "Imperial Beach" sculptor, "Surfhenge" to finish on the grassy area of Pier Plaza with the pier as its backdrop.