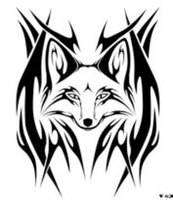 The 2015 Dirt Devil Racing Team brings you two separate running race series designed to cater to the seasoned half marathoner as well as the beginner who wants to catapult their way up in distance throughout the year starting with a 5K in April,10K in June, 15K in August and finally the Raptor Ridge Half Marathon in October.

The seasoned half marathoner can run the Foxy Half in April, Wildhorse Half in June, the infamous Stairway to Heaven Half in August and finally the Raptor Ridge Half in October.