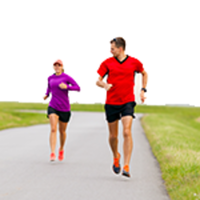 Ayla’s life began difficult, but not in the way many of these stories begin. She was born relatively healthy. There weren’t any genetic pitfalls or catastrophic cancers hiding in her future. No, the biggest medical crisis she would face in her young life was the bundle of nerves and tissues that formed by her left jaw, slowly growing outward and expanding causing pain, potential hearing, and eating struggles.

Ayla’s struggles grew at home. She was born to a mother and father that, when sober, claimed to love her the world over. These were parents that were rarely home with her, but just as rarely working. They could not keep a job but were constantly out partying and doing drugs. Often times Ayla would simply be dropped off to friends or family with no indication of where they were going or when they would return to see her. These kind souls would regularly find Ayla crusted with dirt and detritus, rashes on her body and in her diaper, wearing clothing that clearly hadn’t been changed or cleaned in ages.

When Ayla was about six month’s old, Emily and Brandon Garcia both returned home from their respective LDS missions. As Brandon was Ayla’s uncle, these two would often be the ones taking care of Ayla while her parents were getting high or trying to score a fix. They would get frustrated by the lack of communication and supplies, often finding the basic necessities such as diapers, clothes, and food missing from her diaper bag. Often times days and weeks would go by without so much as hearing a word from her parent. At one point her Father commented that having Ayla stay with Emily and Brandon was a good thing since they would just lock her in the bathroom while they got high, since that was the safest place for her to be.

As Brandon and Emily saw this young child continually be neglected and abused, wanting for love and attention, hiding and cowering trying not to call attention to herself, ill and in pain, apparently fearful of men on a reflexive level….their hearts broke. After an exceptionally long absence of her parents, a time when they were allowed to fall in love with this beautiful child and see her begin to come out of much of this fear and pain, they decided to approach the courts about gaining guardianship with the intent of adding her to their family.

Since the Garcia’s were granted Guardianship, Ayla has been allowed to blossom. The issues plaguing her face and causing her pain have been near extinguished through regular and simple medical care. She has had a stable home giving her the attention she needs to grow into a happy and outgoing little girl. And there has been a preponderance of love growing not only from the Garcia’s and their extended families, but also from Ayla to those around her.

To make this change permanent and official, Emily and Brandon Garcia are pursuing adoption of this little angel and could use any help you can offer. Please come participate in the Ayla Adoption 5k and raise money to help this little family with the adoption expenses.