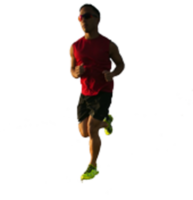 Across The Years Multi-Day Runs

The awards ceremony will be held shortly following the end of the races on New Year's Day, at 10 AM on January 1. The ceremony will be held in the main stadium grandstands (west of the runner area) by the North dugout with a catered meal for runners and crews. There is no fee and everyone is welcome! Runners finishing on the first or second day may pick up their awards when they finish their races. All runners are encouraged to attend the awards ceremony on January 1 for the overall awards and recognition of each runner.

There will be an additional awards ceremony near the finish line at the conclusion of the 6 day race on January 3 to recognize the achievements of the 6 day runners.

You may enter any race to qualify for any buckle offered. As we have since 2004, ATY will continue to present progressive achievement awards to runners who have accumulated 1000, 2000, and 3000 miles total over all the ATY races in which they have participated.