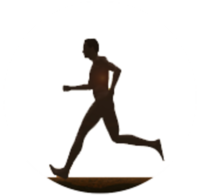 Thanks for visiting our page and supporting our efforts to raise awareness to premature birth. The Leif Aleutian Foundation is a NJ non-profit foundation in the works of being formed by Brian and Jen Larsen, parents to Leif Aleutian.  Leif's Legacy is a 5k Run & Walk founded in memory of our son whom died in the Neonatal Intensive Care Unit (NICU) after living 52 hours earth side. Leif Aleutian died resulting from a premature birth at 26.3 weeks.

Our Story: At Brian and Jen's 20 week anatomy sonogram in August 2019, they learned they had complete placenta previa. While working in Alaska at the time, sixteen days after the anatomy scan, Jen was medi-vaced out of Southeast Alaska to Seattle, WA for severe bleeding which led to further knowledge about the pregnancy. Jen experienced complete placenta previa in addition to placenta percreta, eventually leading to multiple events of severe bleeding and the premature delivery of Leif Aleutian Larsen on October 11, 2019. Leif was in 99th percentile for weight, weighing a whopping 2lbs 8oz at 26 weeks, yet his lungs weren't developed quiet enough. Doctors and staff within the University of Washington Medical Center NICU worked with Leif for 52 hours, using various techniques, ventilators and medications to help him survive. Everything possible was done to give Leif the best chance of survival, but his lungs were too under-developed to sustain breathing on his own. Leif Aleutian left this world on Oct 13, 2019 after a 52 hour fight for his life. His parents and big sister, Melody, miss his presence dearly. This race is developed by his parents to raise awareness to premature birth and infant death, helping more of the public realize how frequent infant loss and death occurs (1 in 4 women), while supporting further research to provide infants and babies a higher chance of survival. Proceeds from this 2020 race will be donated to The University of Washington Medical Center's Neonatal Intensive Care Unit (NICU) for their support in delivering and taking care of Leif from Oct 11-13, 2019. Additionally, proceeds will be split with Shore Memorial Hospital's Neonatal Intensive Care Unit (NICU), our local Southern NJ hospital in Somers Point, NJ, supporting expanded care for NICU capabilities.