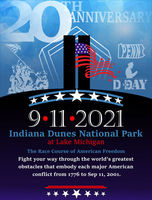 This triathlons consist of running, swimming, and biking (in that order). Like all triathlons, athletes utilize a secured Transition area to grab their required gear and move from one discipline to the next. The clock begins when each wave starts the swim and ends once each respective athlete crosses the finish line. There are no time breaks during the first or second transition period.

Choose From A Variety Of Divisions

Participants may choose a specific race category (known as “divisions”) to start alongside, indicated during the online enrollment process. Athletes may elect to compete for awards or simply prefer to be “non-competitive” and enjoy the experience with their peers, including: